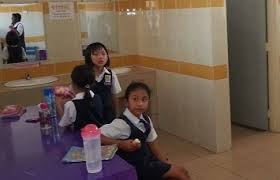 Somebody's joke may not be funny to others. 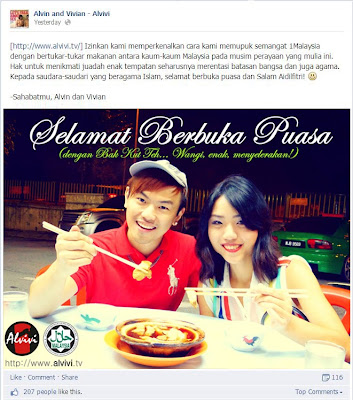 They wish us Muslim 'Selamat Berbuka Puasa'. But the food is Bak Kut Teh which we know contains pork.

Many years ago when the social network Facebook was nowhere around, internet users invented their own social networks with limited memberships. At the suggestion of a friend, I too joined one of these networks where we discussed matters in forums and posted photographs.


These social networks had their own administrators who controlled the members. But then came the question of who was going to control the administrators, short written as admins? This was exactly what happened in my social group.


The group had two admins, one okay but the other one not, in terms of sensitiveness in his postings. I realised that from the beginning but never gave it a thought. It seemed too that some members seemed to support this admin just for the sake of supporting. For example when he posted a dirty joke, some of them replied LOL. Internet savvy people know LOL means Lough Out Loudly, at least that's what I was told to mean. But I knew that the majority of members did not like his jokes, simply because the most active members in posting photographs and writing forums did not respond to them.


As usual came the usual replies like 'Ha ha' and 'LOL'. I simply replied 'That's not funny' breaking my silence all these while. Then came the reply from this co-admin asking 'What's not funny?'. I replied 'Your joke is not funny'.


Then he replied 'Come on, I only C & P that from somewhere. Where's your sense of humour?'. That really  pushed me to the wall. So I replied 'Are the words 'fuck' and 'felllatio' funny or humourous? To me they are just vulgar'. Then I added 'Sorry, I don't share your sense of humour'. That was the end of our conversation.


From then on I noticed that he toned down his own of C & P of dirty jokes. I never met him, never wanted to but when I met some of the members for the first time I was introduced as 'The guy who fucked .........' (the co-admin).


Posted by maarofkassim at 15:59 No comments: Links to this post