A place for saints and sinners. 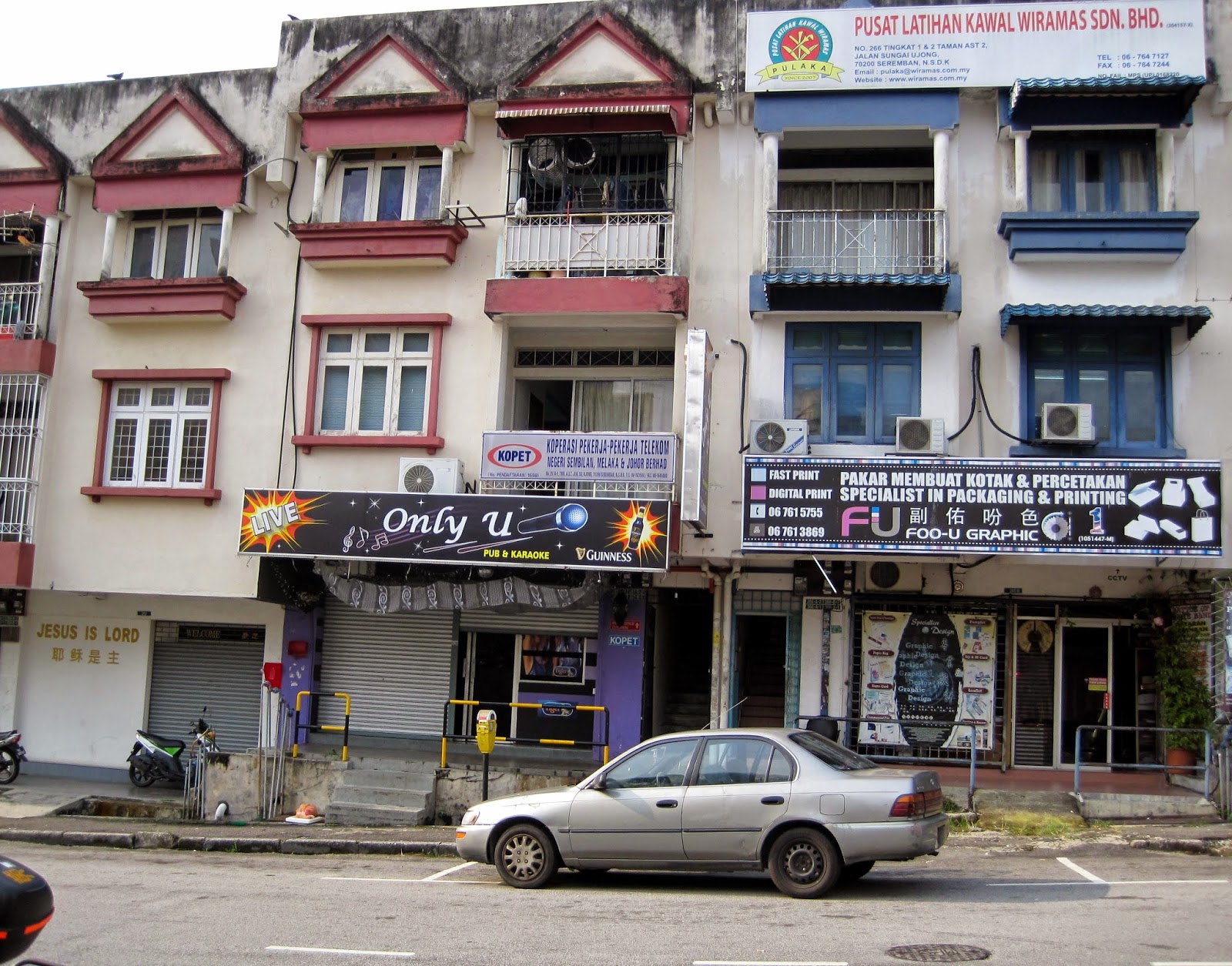 From the signboards you can guess where the saints and sinners go.


If you see any signage in this country with the word 'Taman' at the beginning you know it is either for a housing estate or a public park. It started when housing developers started naming housing estates with the word 'garden' and its translation is 'taman' in the Malay language. So in Seremban we have Happy Garden a.k.a. Taman Happy although not everyone there now is happy because the Seremban inner ring road have almost isolated it. We also have Seremban Garden a.k.a. Taman Seremban, most probably named such because the developer had no idea what name to put. We also had Fortune Garden which had the fortune of name change to Taman Dato' Shahbandar.

But there is a 'Taman' just outside Seremban Town Centre which is in fact a misnomer. Because it is neither a housing estate nor a public park. It is Taman A.S.T. which only have shop houses.

I remember during my working days whenever we had enforcement duties at night which we called 'operasi' Taman A.S.T. was a must target. Because here is the hub of entertainment outlets like  pubs, karaoke centres and once a disco. But to catch anything we could only found it in the first premises we entered. After that word went round about our presence and everything was in order.

What a coincidence to me when I retired from active duty I was offered to serve a non government organization (NGO) housed at Taman A.S.T.. I took the offer with an open heart because it is better than doing nothing but aging at home.

During the day time Taman A.S.T. is a peaceful environment. But one can see more closed shops than open ones. Among the businesses being run in broad daylight are lawyers' and accountants' offices, printers, restaurants, a security firm, hotels, clinics and electrical service centres. There are also offices for NGOs which cater for their members, including mine. One of the major national dailies also have their branch office here. On one of the shops is written 'JESUS IS LORD'.

One can easily find a car or motorcycle parking bay during the day. I come to work with my scooter, but if I have to drive I park my car free of charge in one of the hotels without anyone bothering me. In other words the saints are earning an honest living during the day.

But at night suddenly the atmosphere here changes. One night I came just to look at my office. I could hardly pass through, not to mention find an empty parking bay. Because this is the time for the sinners to earn a living and have fun.

The shops that are closed during the day are now open at night instead. People from places you don't know where suddenly converge here. One can hear the sound of people singing karaoke both in tune and out of tune. Inside the premises liquors are flowing like fountains in a garden. If the Islamic authorities want to catch Muslims consuming the forbidden liquor or 'arak' this is the place. Even on the five foot way or 'kaki lima' below my office people whose gender are questionable are soliciting for customers.

A.S.T. is the initials for the original owner of the land where the shops now stand. The land was developed by his son to become what it is now. I wonder if Mr. A.S.T. envisioned what was going to happen to his property when he was still alive?
Posted by maarofkassim at 12:01

Ya lah...this is the only "Taman" that is actually a mini cowboy town. Use to go there to get cards printed ( end row of shop) and visit Dr. Ravi for the kids.
I heard about the "terror" happenings at night....and a friend even said " Those hunting for bapoks can findthem there. And on two occasions this year been there for the nasi lemak...fuh....really crowded.