What the numbers tell. 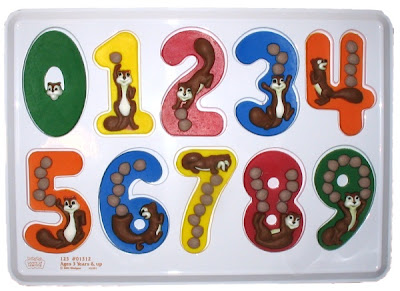 Many years ago before before the broadband I was using the dial-up system to surf the Internet. This posed a problem because when I or my children were online the phone was engaged. We received complaints from friends and family members that they could not contact us. The mobile phone was beyond my means then.
Suddenly I saw a notice that TM Berhad allowed their customers who had ten years old or longer phone accounts to apply for a second line at half price. Thinking that this would solve my 'engaged' problems I went to their Seremban branch to apply for a second line exclusively for the Internet.
The lady at the counter checked my account and said there's nothing that showed my account was more than ten years old. So she said she could not do anything unless I showed her my phone agreement or any ten year old phone bill. I did not know where I kept the agreement and I had been throwing away my paid telephone bills. I nearly lost my cool then.
Then something struck my mind. My phone number then was 'xyz0002'. So I told her that my number must be the second in the 'xyz' series. If she could just check when the series started then she would know how old my account was. Only then she realised that my account qualified for their offer and she put up a second line for me at half price. I terminated the second line when TM Berhad introduced their Streamyx.
When I retired from my government service four yeas ago my final pension papers were sent late by my department. It was not their fault and actually I benefited from it. First my former service with the Ministry of Health was taken into account. Second there was a revision to my service.
So my final pension papers were sent to the Pensions Department after I actually retired. Fortunately I was reemployed by my department so I had no money problems to keep me and my family going. My worry was I had paid a deposit for my present house with the promise that I would settle the whole payment later in cash. The bulk of the final payment would come from my pensions gratuity.
So I enquired with the Pensions Department about my situation. The answer was they had referred my case to the Employees Provident Fund (EPF) for clearance. So I took the KTM Komuter and climbed to the EPF office along Jalan Raja Laut, Kuala Lumpur. The man at the counter checked my case and replied that they still had time to reply to the Pensions Department since they (the EPF) are allowed two months to do so. But since I was already there he asked me to wait for a while. Within half an hour I was given a copy of the clearance letter. At the same time they were faxing a copy to the Pensions Department with the original copy to be sent by post.
So a two months job could be done in half an hour. Both the Pensions Department and the EPF were not wrong and I could not blame them. But if only any one of their officers had been observant enough and looked at my identity card number he or she would realise that I had actually retired when they received my papers. Until the EPF cleared my accounts with them and until the Pensions Department started paying my pensions what was I and my family going to live on? Somebody should have said "Hey, this man had already retired, so please expedite his case". But nobody cared and they just continued with their normal jobs. My identity card number meant nothing to them.
I am now involved with the national census. When I attended the census briefing more than a month ago I was asked to fill a form asking whether I am a government employee or not. The reason being government employees and non government employees are being paid at different rates with the non government employees getting more. Of course I honestly answered that I am not a government employee.
Yesterday I attended another briefing and was told that non government employees had received their pay for the month of June 2010. Since I did not check on my bank balance for the past few days I did not say anything. But when I went home and checked through the Internet I realised that I was still not being paid. I made a call to my present employers, the Statistics Department. They checked and replied that my name was put under the government employees list. Again I nearly lost my cool.
Maybe the officer who looked at my form reply thought I made a mistake because I am working in a group of government employees. Maybe he or she thought I was trying to cheat to be paid more. But my just looking at my identity card number one knows that I am already more than sixty years old. No ordinary government employee in the country is more that sixty years old unless he or she is a judge or holding a top federal post like the Inspector General of Police or the Chief Secretary.
What more, my present employers are the Statistics Department whose workers should be experts in numbers. If they were not sure aboout me they could look at another number, that is my phone number which they have. They could just call that number and clarify with me.
But nobody did and I have to wait a few more days for my pay. All because some people who should be experts on numbers do not know how to use them.
Posted by maarofkassim at 09:42