The customer is not always right. 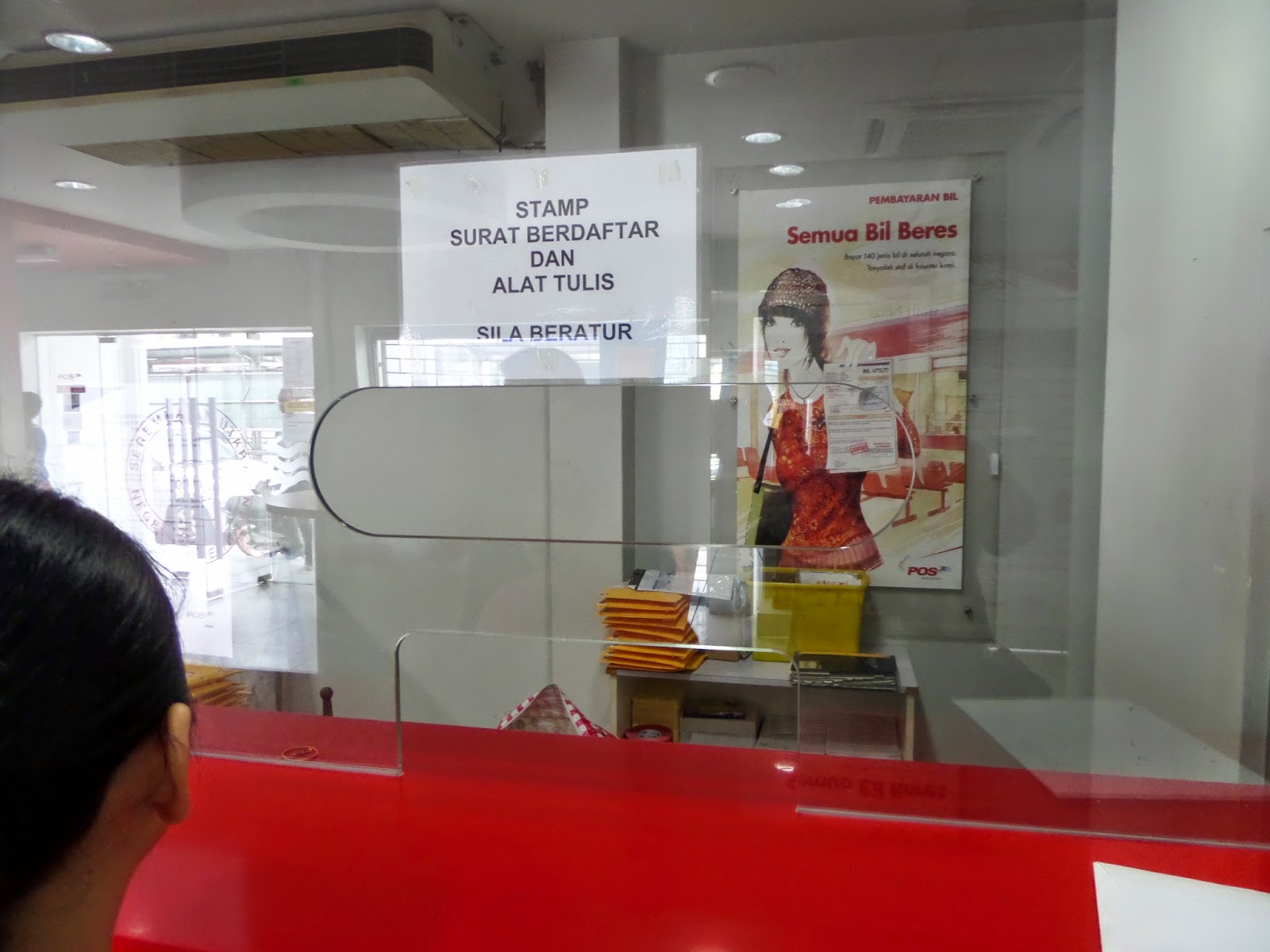 We are already beratur, but who is minding the counter?


Looking at the above photograph you may think the hosts are wrong here. How can they leave a service counter empty? But further reading proves otherwise.

This afternoon I went to my favourite Post Office just to buy stamps. Normally it would take me about two minutes to buy my stamps there. But my latest encounter here took about three times that period.

I had only one person in front of me as usual. She was a lady and somebody's wife, because while being served by the counter clerk a man came and handed her some money.

After asking the customer what she wanted, the counter clerk suddenly left her counter. She was away for about five minutes before returning with a stack of big empty Post Office envelopes. Suddenly I realised that her absence was excusable because she might need to fill some forms to get the stack of envelopes.

She handed four of the big envelops to the waiting customer and mentioned the price for them. Suddenly the lady customer beckoned her husband to her side and talked in their normal language which I could not understand.

I was irked by the man's action in two ways. First he asked his wife, rather than himself to stand in line to get what he wanted. I consider this as an ungentlemanly conduct. I hate seeing ladies standing in line at the counter of fast food restaurants while their boy friends or husbands were happily sitting. I least I never do that to my wife.

Secondly he would have saved everybody's time by being served directly by the counter clerk, instead of using a second (or third) person.

You see, the customer is not always right.

lack of gentlementlity - tuan, can we use that word? haha...itulah. Get used with this kind of customer masa kerja dulu.
Paling tak tahan, berlagak tanpa a single word of 'sorry'