It has been a wonderful year. 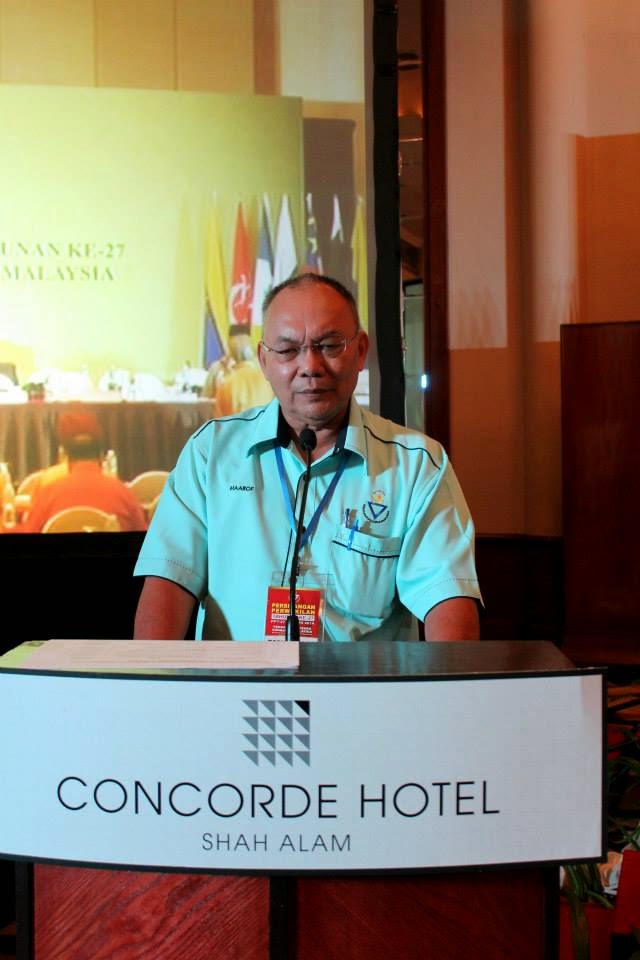 Pretending to deliver a speech at a PPKM National Conference.

I am a Beatles fan, so I consider every song composed and sung by them as a group or as individuals as great. But the song 'When I'm Sixty Four' composed and sung by Paul McCartney really had a significance on me. When I was one day minus 64 exactly one year ago I began earning for a living again, so to speak. I began working again after being dormant for almost four years.

On 2nd January 2014 I began working as Secretary for the Negeri Sembilan Governtment Pensioners Association which I will refer as PPKM for Persatuan Pesara Kerajaan Malaysia.

My involvement with PPKM was coincidental. In 2011 my wife needed an eye operation. I had to buy an eye implant costing a few hundred ringgit which I considered initially as a lost. At the hospital I was told that my money could be refunded. So I went to the PPKM office but was asked to become a member first. I paid RM 50 for a lifetime membership. I was then given the form for my wife's medical claims which I duly filled and sent to the Pensions Department, Putrajaya.

After a few days I received a reply from the Pensions Department saying they could not entertain my application as I was a Local Authority employee. My application was returned and I diverted it to my former employers. I was duly reimbursed the full sum I paid for the eye implant.

Since I was now a member of PPKM I began following their activities. It is also a coincidence that the President for PPKM Negeri Sembilan is an old friend. So when the former Secretary wished to resign at the end of 2013 I was offered by my friend to take over. We also had a full time employee who resigned at the same time. After making a study of the work load I told my President that we need not employ anybody.

So here I was serving my fellow pensioners and still am. It is a total change from the service I gave to the government from which I am now paid monthly pensions. When formerly it was enforcement work and lots of reports to be made, it is now preparing letters and minutes of meetings, answering the phone and making phone calls. I also write emails to those who have them.

Talking about emails one day I got fed up when I could not make calls to the Pensions Department, so I had no choice but to send an email to their boss or Director. To my surprise my request was duly entertained. But to be fair the current Pensions Department Director is one of the nicest government officials I have seen.

There are things I learned during the year which exposed my naiveness. There was one elderly couple, both pensioners who came to get my help in changing their bank accounts. They chose a bank nearer to their home. When I told them that they could withdraw their money at petrol stations instead of banks, they answered that they do not use ATM cards.

One of my scary moments was being called to the Registrar of Societies (ROS) local office to be interrogated, if that's the right word. The way the officer asked questions and recorded my answers reminded me of my similar experience with the Malaysian Anti Corruption Commission (MACC) many years ago. The only consolation was that in both cases the wrong doings, if any were not done by me. But the latest experience almost made me tender my resignation.

Here I am, a better man after one year's experience working as secretary of a non-government organization (NGO). No wonder when last week my son-in-law asked whether I am going to continue working, I answered "Why not?"
Posted by maarofkassim at 20:48