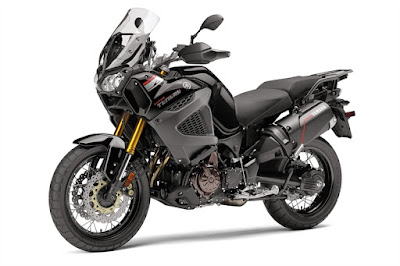 It began when I was driving my car carrying a friend when a big motorcycle overtook us. The rider did not do anything wrong, but my fried cursed saying the rider was showing off. Then I asked my friend does he know who is the president of the big bikers club for Malaysia. My friend replied  'That stupid chap' referring to the current Deputy Prime Minister or DPM.


So I chided him for calling the DPM stupid. My friend said what he meant was a DPM he should not be doing something stupid like riding big bikes, let alone being president of the big bikers club. Furthermore he is already allotted a chauffeur driven limousine. So I said the DPM had been riding big bikes even before he was made Minister. Why should he discard his hobby just because he is now 'Malaysian Official 2'?


Then my friend said as we go up the social ladder we should discard our old cheap habits. I replied I don't agree. As examples I told him I still ride my scooter and my bicycle. When I was sent to Japan for a training stint I received lectures from a local university. Every morning boys and girls, men and women both young and old were seen riding bicycles to the university. Who were the old people? They were the professors and lectures. They were far from stupid.


When travelling on the highway in Japan I hardly noticed any motorbikes. I was told only big bikes were allowed on Japanese highways. That brought me to the story I was about to tell my friend.


A few years ago there was a loud mouthed Malaysian Minister in charge of roads and highways. He was so loud mouthed that people made jokes about what he said. One joke was that he promised to build a bridge somewhere. When told that there was no river there, he replied the government will build a river first.


One day this Minister, or rather ex Minister appeared on local TV and said he was giving a warning to the president of the big bikers club of Malaysia who is the present DPM, but only a fellow Minister then. He told the fellow Minister to take care of his bikers. Otherwise he would consider banning big bikes from using the nation's highways. He did not say anything about small bikes,


You see, in Japan only big bikes are allowed on their highways. Bur here if the ex Minister's threat is carried out we are trying to show the world that despite our high accident rates, we know better what vehicles can travel on which roads.

No doubt the threat came from the ex Minister's big mouth. But if implemented it would be something very very stupid indeed.
Posted by maarofkassim at 17:06