"I never asked. It was you who promised". 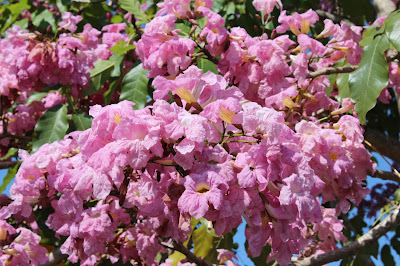 Since being appointed as an official of a Non-Government Organisation or NGO more than four years ago, I consider my new office as my second home since I have to be at the office every working day. So I brought along a few of my personal items. Some items are left permanently at the office and some, like computer pen drives, are carried to and fro.

At the same time, another appointed official was also coming to the office but not on regular basis like me. He had a copy of the office keys and sometimes he came to the office when I was not there. I considered him as a friend until recently.


Less than a year ago I realised one of the personal items I left at the office was missing. I thought it was taken by one of my customers. I just blamed myself for being careless in displaying that item on my table. Nevertheless, I did not give it a thought since the item was not costly.

Afterwards, I realised another item was missing. Since this particular item was a bit costly and dear to me since I have been using it for decades I sensed something was fishy. So I asked my 'friend' whether he had seen the missing two items. The answer was no.

One day I received an SMS message from him with a picture of the first missing item asking whether it was mine. I answered yes, it was mine. He said he took it home by mistake and promised to return it soon. A few days later I found missing item number 1 right on my table the way I left it a few weeks before.

When I met my 'friend' a few days later at the office I asked him about missing item number 2. He answered in the negative. So I beg his permission to look for it in his bag. He did not protest.

When I opened his bag, 'bingo', missing item number 2 was there. Not only that, I also found missing items number 3 and 4 which I never realised were missing until then. So I told him the items either belong to our association or to me. Why did he take it? The least I expected of him was an apology, but he did say anything.

Later at home, I received another SMS message from him. This time he said he was ashamed of taking my personal items and added he was resigning immediately. I replied I did appoint him so it was not for me to decide on his proposed resignation. But I coaxed him to reconsider his decision.

I told him what happened was between us and nobody else should know. But he was adamant and one day he came and gave me his copy of the office keys and just left. But I still called and texted him to reconsider. After a few days of coaxing from me, he asked for the keys back. So it was back to normal for both of us.

Things went smoothly between us until a few weeks ago. I came to the office as usual and he came a few hours later. When the time came for me to return home he was still there doing his work.

It was the office's turn to be scoured. I even asked permission from my 'friend' to open his bag. My thought was I might accidentally put the pen drives into his bag thinking that his bag was mine. Eventually, I found what I was looking for near the office's switchboard. I must have dropped them when switching off some lights while pulling my scooter keys out of the trousers pocket. So I waved my 'friend' goodbye again.

That night I received another SMS message from my 'friend' saying he was resigning again. He said I have opened his bag for the second time and he felt very bad about it. He added that I still have the thinking that he is a thief. I immediately apologised and this time instead of coaxing him I begged him to reconsider.

A few days passed and we exchanged phone calls and SMS texts, but he was adamant in resigning. He even said and texted in black and white that he would pay back whatever allowances he had received from our association. After discussing with our association's head I asked my 'friend' to tender his resignation in writing. That he duly did while at the same time returning the office keys again.

After that, I felt it was my turn to turn the tables on him. I texted him asking for the money he promised to return. At first, he replied for me not to worry because he will pay back every 'sen'.  When I asked again he replied he would refer the matter to a lawyer friend of his.

The last text message I received from him was that he had seen his lawyer friend and the lawyer told him he did have to pay back anything.

To this, I replied "The association never asked you to return any money. Neither did I. It was you who promised to pay back. Now you are going against your very own words. I am still keeping your words in black and white on my phone".
Posted by maarofkassim at 15:43