"Politics and crime, they are the same". 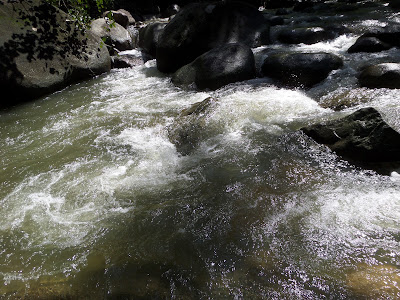 Those are the words spoken by Michael Corleone in the movie The Godfather Part III. After watching all three Godfather movies numerous times I cannot help comparing them to the events happening in our country recently. The following are a few examples:-


1. The Godfather Part 1. Police Captain Marc McCluskey punched Michael Corleone's face, breaking his jaw, in front of the hospital where Michael's father Vito, The Godfather was warded. This incident made Michael changed his mind about not being involved in crime.

Former IGP Rahim Noor punched Anwar Ibrahim's eye in prison. This incident became one of the reasons PKR was formed. Anwar's black eye became the party's symbol and used by PH in the recent general elections.

2. The Godfather Part II. After watching the Cuban police arresting Communist rebels but in the process losing some of their officers through a suicide bombing, Michael Corleone commented "The government forces are paid, the rebels are not. The rebels can win".

3. The Godfather Part II. Micheal Corleone was almost killed when his brother Fredo betrayed him to his enemies. After knowing this Michael disowned his brother, eventually killing him.


Najib was supposed to resign if his deputy Muhyiddin managed to expose his 1MDB undoings. Knowing this Najib sacked Muhyiddin.

4. The Godfather Part III. When Michael's ex-wife Kay asked him to release their son from his criminal empire Michael said: "I did what I could to protect all of you from the horrors of this world". Kay replied, "But you became my horror".

In the beginning, UMNO did what it could to protect the Malays from the horrors of this world. But eventually, UMNO became the Malays' horror.


5. The Godfather Part III. Michaels' adversary Joey Zasa massacred top Mafia bosses using a helicopter attack but Michael escaped. Most of the others who escaped then aligned themselves with Zasa.


BN was massacred by PH in PRU 14 but Najib survived. Some of the other survivors aligned themselves with PH.

6. The Godfather Part III. Don Lucesse who masterminded the helicopter attack told his partners "Our ships must sail in the same direction".


Tun Mahathir, PH's mastermind told his political partners "We must use a common manifesto and symbol".
Posted by maarofkassim at 10:12