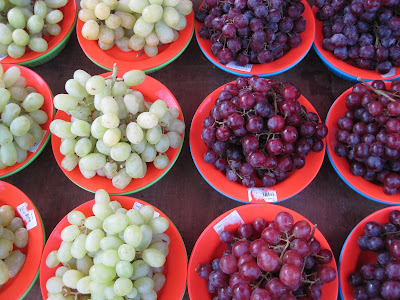 When I started work on 2nd December 1968 many of the government forms were in English. There was one form called 'Confidential Report'. Through this form, an assessment would be made about a  public servant 's performance for the previous year. Among the criteria of assessment is 'Attention to details'. At first, I was confused by what it meant. But after some time I caught it.

Of course with the transformation of the government administration from English to the National Language, the 'Confidential Report' form has become a relic. Nowadays government departments use a form called 'Laporan Prestasi Tahunan' or something like that.

Normally on Fridays, very few customers visit me in my office. For the information of my readers, I work in a Non-Government Organisation or NGO for government pensioners. But yesterday 12th October 2018 I was visited by four pensioners.

The first was a male Indian former police detective. He and his wife are both heart patients receiving treatment from the National Heart Institute or IJN, Kuala Lumpur. He came to submit his traveling claims and he had been doing this on a regular basis.

After he left I received a call from a Malay lady. She said she is a government pensioner herself and said her mother who had inherited her late father's pensions had passed away very recently. She knew that the pensions had to be stopped and asked me how to go about it. I answered that she only have to fax her mother's death certificate to Kumpulan Wang Persaraan or KWAP.

She asked whether I have a fax machine in my office, which I answered positively. Then she asked for my exact office address so that she could key it into the Waze application on her mobile phone. That I gave her.

After a few minutes, two Malay ladies came to my office. I asked whether any of them was the lady who phoned me and they answered no. They were from Port Dickson and both wished to join my NGO. So I gave them the necessary forms and asked them to submit the forms to my NGO's chairman for Port Dickson.

During this time the lady who called earlier arrived. She was polite enough in letting me deal with the two earlier ladies first. In the meantime, she asked me for a blank A4 paper which I duly gave.

After the three ladies shook hands and waved goodbye it was my turn to serve my latest customer. She gave me three documents instead of the only one I asked. The first is the mandatory death certificate. The second is a photostat copy of her late mother's pensions card and the third a covering letter which she wrote while I was entertaining the other two ladies.

Since the death certificate was laminated I had to scan a copy for my fax machine. Fortunately, my printer functions as a scanner and I did not have to use my photostat machine. Before faxing she asked me for my fax number to record it in her covering letter. I said the fax number will appear in the received fax, but I gave her the number anyway.

After faxing the three documents she asked me for the report sheet of the sent faxes. I replied my fax machine would only emit a report if any document was not successfully sent. No report would be emitted when all the documents were successfully sent. It had been that way since I started working there.

She was not satisfied and used her mobile phone to call the receiving authority which is KWAP. She asked for the name of the lady at the end of the line and she wrote it down, something which I never did. She put her phone mode to 'speaker' mode so that I could listen to their conversation. I was nervous for a moment thinking what would happen if she received a negative reply.

After a brief moment filled with recorded information from KWAP, the lady at the end of the line said all three documents had been duly received.

If I have to make an assessment about her I will grade her ten over ten under 'Attention to details'.
Posted by maarofkassim at 13:42