When it was a game very few Malays played. 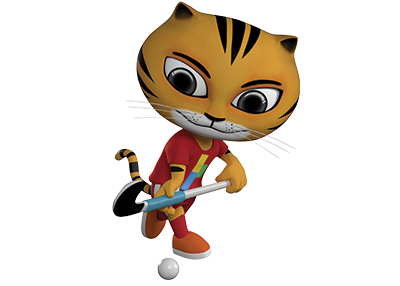 When I began writing this post, the final men's Field Hockey match of the Kuala Lumpur 2017 SEA Games was just starting. Malaysia was playing against Myanmar and looking at the list of players there is only one non-Malay, the goalkeeper among them who is Indian.


This is a huge contrast to many years ago when very few Malays played Hockey. The Malaysian national team consisted entirely of non-Malays. The only Malay player I remember was goalkeeper Khairudin Zainal.


Besides the Eurasians from Negeri Sembilan the game then was dominated by Indians, Sri Lankans (they were known as Ceylonese) and the Chinese. The Indians included a sizable number of Punjabis. These Punjabis whose names ends with 'Singh' caused a few problems overseas, although the problems were not connected with the game.


It was during an Olympics tournament where Malaysia qualified, which they did a number of times. This time it was in the USA, I think. Since the Malaysian Punjabi players have their names ending with 'Singh' the hosts thought that as their surnames. It caused problems to their computers when they detected several athletes from one country were having the same surname.


Of course, they were Malay players representing the predominantly Malay states of Kelantan and Terengganu but their teams were easily beaten by the other states whose teams were made up of non-Malays. The only predominantly Malay team that were at par with these state teams was the Malaysian Armed Forces team.


Even the spectators at our local Hockey tournaments were non-Malays. Very few Malays watch Hockey games. If during Football tournaments the spectators' swearing were in Malay, in Hockey they were in English. The funny thing was during international tournaments our players talked in Malay among themselves to fool their opponents, although they are not Malays. Their coaches also shouted at them in the same language. The only teams they could not fool were Singapore, Brunei and Indonesia.


It was during a Razak Cup tournament in Seremban many years ago when I realised there was a change in the racial outlook of our Hockey game. The Razak Cup is the national tournament among the Malaysian states and the Armed Forces.


I was appointed as a liaison officer to one state team and I had to be with the team at all times since there were no mobile phones then. During one game I saw a Chinese boy about 10 years old walking just outside the touch line. Then he returned to his mother in the spectators stand near me and said to her "There are .... (I forget the number) Malays" indicating the number of Malay players on the field.


I began to think that her mother was now worried that the game which very few Malays were interested to get involved with was beginning to change.

It has now and the predominantly Malay Malaysian Hockey team had just won the SEA Games gold medal by beating Myanmar 14-0.
Posted by maarofkassim at 21:04