They have just shot themselves in their own feet. 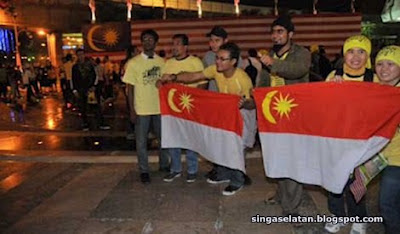 I was involved in the National Population and Housing Census held about two years ago. To go further I was also involved in the previous census held about twelve years ago. In the questionnaire form each family was asked about the number of vehicles they own. While most families own cars and motorcycles, very few own bicycles although some of them stay in areas very conductive for cycling. Of the few families that really own them the bicycles were mostly for their children to play with. In other words they bought bicycles more as toys rather than a mode of transportation.


This is real contrast to what I saw in Japan when I was there about eight years ago. I could see bicycles everywhere. In fact they have special bicycle parking areas as compared to our motor car and motorcycles parking areas. In the university where I received my lectures, lecturers and students cycled together to get there and back to their homes or hostels.


I have a ready answer for these contrasting situations. Our country is still in the developing status. To reach that developed status we the people don't want to go backwards or to be seen going backwards. To cycle or even walk to offices, suraus or mosques is considered going backwards as we can ride motorcycles and scooters or drive cars to go there. That's why on Fridays we see limousines obstructing roads near mosques even though their owners stay just a few meters away.


On the other hand Japan is already a developed country. Their people have reached the summit of their lives. So whatever they do will not make them feel or be seen as going backwards. This include cycling and walking. That's why their people are leaner than us.

So it surprises me a bit when I learn that there are people here who want go backwards. On Merdeka eve some people who I consider morons hoisted a few flags different from our national flag. They hoisted what they call Sang Saka Malaya.


I was told that the Sang Saka Malaya was proposed to be the national flag by some of the country's Independence or Merdeka fighters. It did not happen because when Federation of Malaya became independent the present Jalur Gemilang was used until today. Although some people say that it looks like the American flag it is the flag that have been recognised wordwide. That's why I dare say that hoisting the Sang Saka Malaya is a step backwards. Even Malaya as a nation does not exist anymore.


Or do these morons want our country to unite with Indonesia? That will be the most moronic of all moronic ideas. We have seen bigger countries like the USSR and Yugoslavia disintegrate into smaller nations. Pakistan and Bangladesh were once part of India. Even Singapore were once part of Malaysia. Except for Germany and Vietnam I see no country today which were once made up of a few countries.


So whatever the intention of the morons hoisting those flags one thing is sure. They have just shot themselves in their own feet. Maybe the feet of their political masters too.
Posted by maarofkassim at 17:23