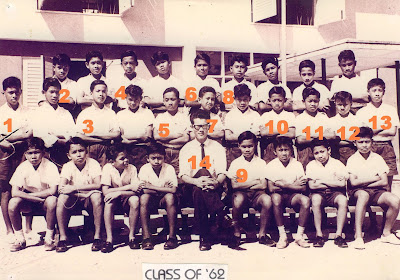 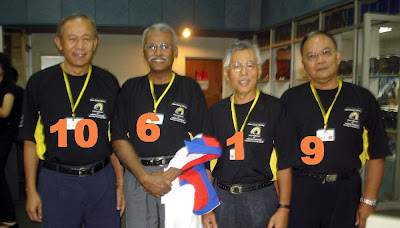 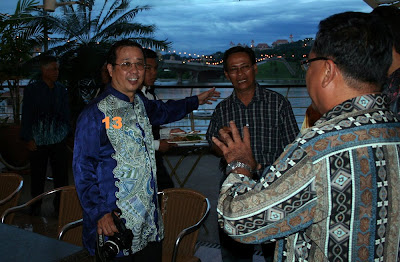 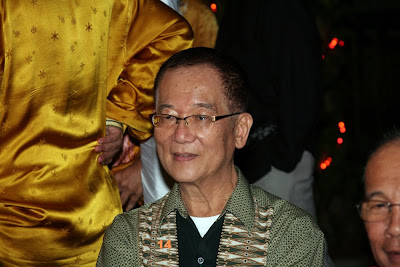 Our teacher Mr. Leonard Wee in 2006
I got this idea from an email sent by my daughter Ina about the actors playing the Von Trapp children in the 1965 film 'The Sound of Music'. I am a fan of that film and I keep a DVD of it in my collection. The email shows the actors as they were in 1965 and as they are now. Since I have photos of my classmates as we were in 1962 and then of some of us just recently I like to show them here.
I will try to explain who we are by referring to the numbers.
Seating third from left in the 2006 reunion photo is Dr. Hilmi Yahya presently the ADUN for Balik Pulau, Pulau Pinang. He joined the school in 1966 in Form Four.
Sandwiched between Dr. Hilmi and Ibrahim is Dato' Razak Ator, our teacher in 1967.
Posted by maarofkassim at 18:16